Front office wanted to show James Howard Thome of the Minnesota Twins some love. On August 15th, Mr. Thome entered the 600 home run club something only seven other people have done in the history of baseball. He is also the only person to hit home run 599 and 600 in back to back at bats. That feat in itself is pretty dope to me.

Thome has been in the big leagues for 21 years(playing with the Indians, Phillies, White Sox, Dodgers and Twins), this 40-year-old soon to be 41 by months end hitting machine, achieved this goal under the radar. With everybody talking about the cloud over baseball, Thome has never had his name thrown in the dirt while racing for his 600th homer.

Congratulations on this major achievement Mr. Thome, the hall of fame will be calling your name when you put your bat down. Clap for this class act Mr. 600 and counting. 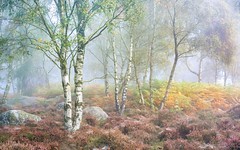